For around twenty plus years, i have been repairing desktops, laptops and servers. Starting from operating system upgrades to full network deployments.

I have been working with Panasonic machines since 2013 in great detail, general operating system upgrades to more involved BIOS work.

Installing and Operating system on a general machine is quite a straight forward process on a general domestic machine.

Now imagine being unable to boot from another medium ( USB key, CD/DVD Drive or even PXE network Boot) other than the Hard Disk. This makes things a little interesting.

Now imagine the Hard Disk is locked and encrypted to that machine with no chance of removing it, installing an Operating System on another machine then refitting back to the original restricted machine.

Okay, so we just go into the BIOS and disable hard drive lock and enable bootable devices?. This is all well unless a BIOS Supervisor Password has been set. 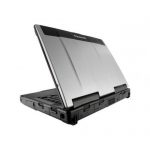 Unfortunately is this is the case, you well out of luck removing that. This is where i come in. I have the knowledge, equipment and the skills to remove this password.
Simply flashing the bios will not work neither will removing the CMOS battery. These have their Flash Descriptors locked down, meaning you cannot flash the BIOS by conventional means.